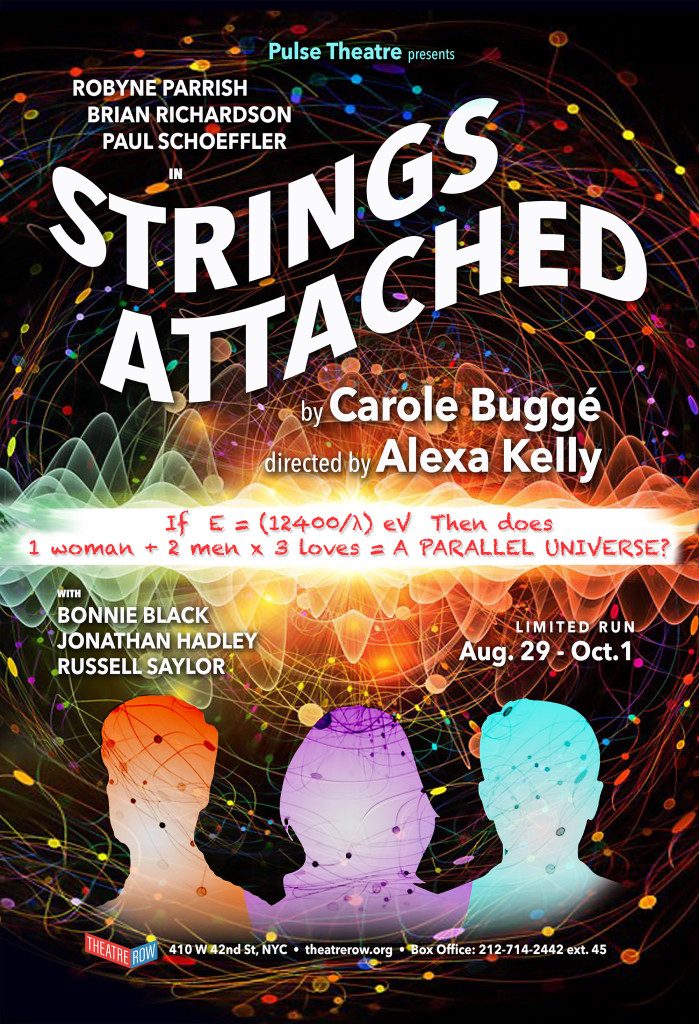 Previews begin August 29th on Theatre Row for Strings Attached by Carole Buggé, directed by Alexa Kelly–– an exciting new American play which invites us into the world of physics aboard an unparalleled train ride!

Based on the real train journey of 3 physicists that took place in 1999, Strings Attached looks at life, love, and personal loss. It looks at faith, destiny, and who is controlling OUR strings? It makes us wonder if there is such a thing as parallel universes.  Do alternate realities exist?

THE STORY  In 1999, three physicists, Burt Ovrut, Neil Turok and Paul Steinhardt, boarded a train from Cambridge to London to attend a performance of Michael Frayn’s new play, Copenhagen. En route, they discovered a theory of the Big Bang.

Using this trip as a starting point, the fictional story of Strings Attached adds love, relationships and personal loss to the dynamic of these three. Additionally, the appearances of Isaac Newton, Marie Curie and Max Planck offer another “realm of reality”, insight into their contributions, and earthy humour. We are left with the message that despite its strife, life is still a thing of ultimate beauty. Through faith or science (or sometimes both) one must believe and persist, just like physics.

Learn more about the production here.