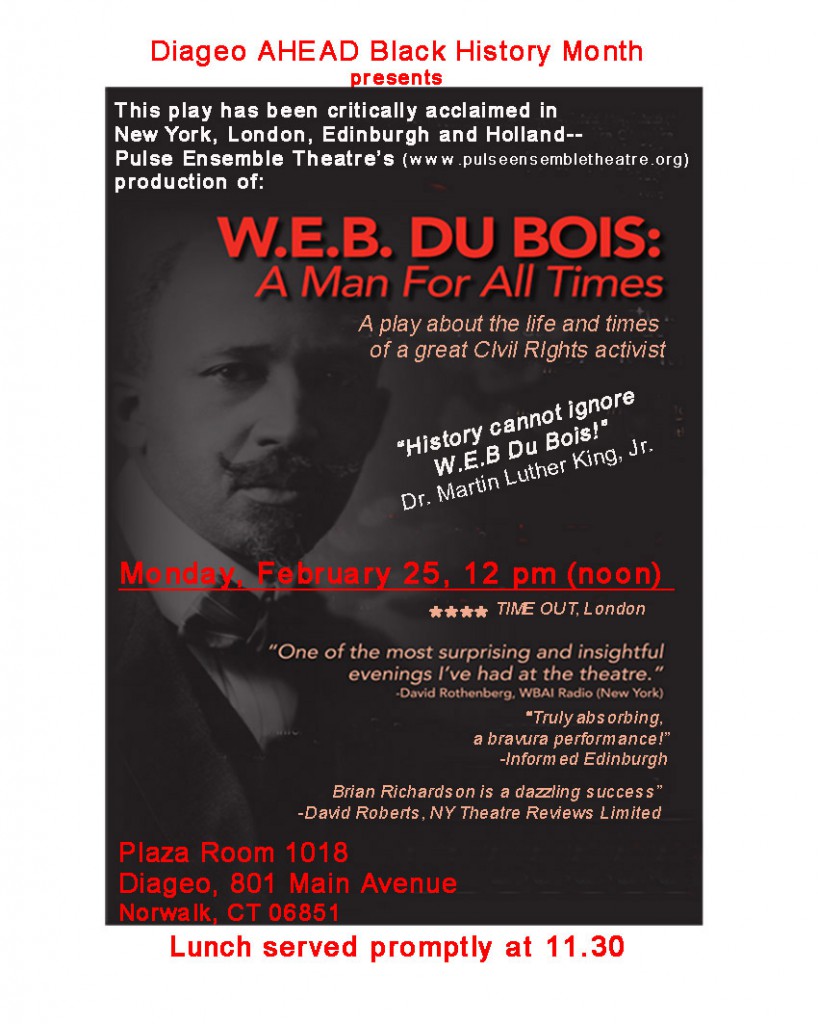 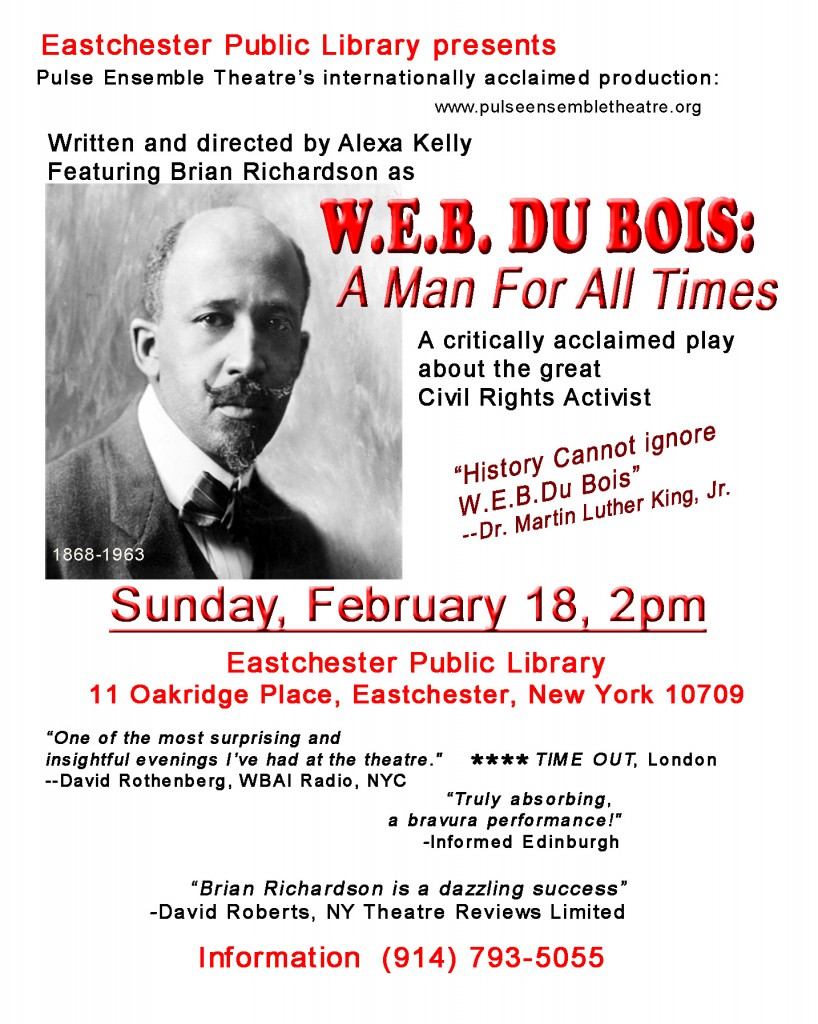 Rave reviews from the NY Fringe:

“It’s one of the accomplishment of this solo show that it makes accessible both the man himself and some of his ideas. The creative team works to make the pioneering scholar and uncompromising activist come off as somebody you might want to have a drink with—without sanding smooth the edges of his anger or his intellect…It’s hard to pack 95 years into 75 minutes…But ‘W.E.B. Du Bois’ manages to get at the highlights, and Richardson’s protean performance helps us get at the man.” Full Review

And Theatre is Easy

Plus glowing  audience reviews on Show-score.com 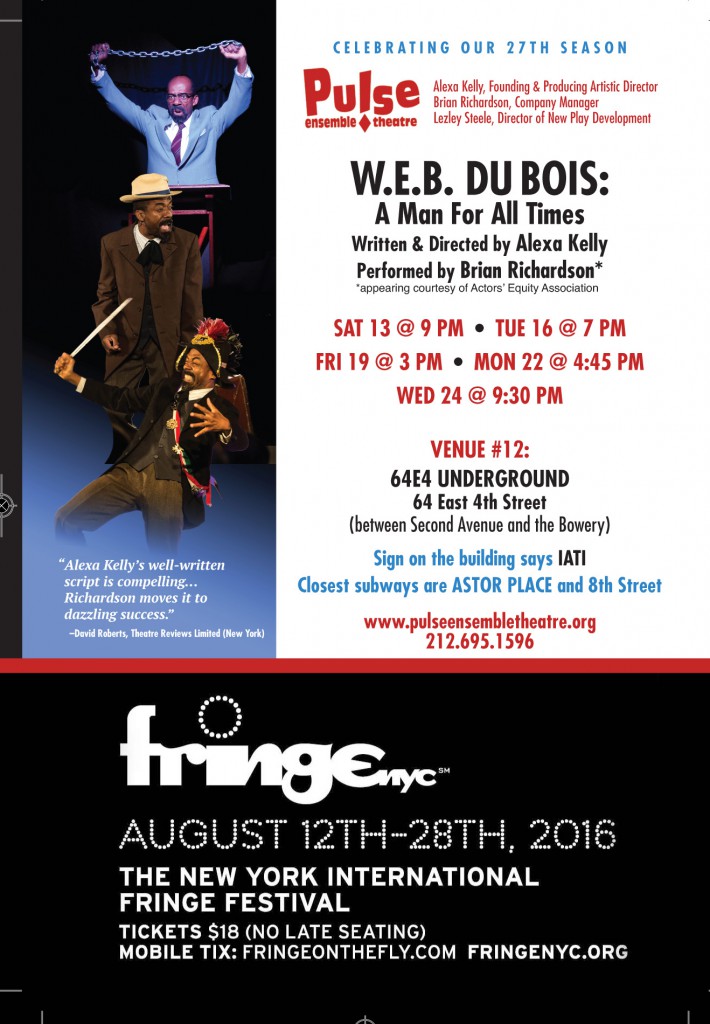 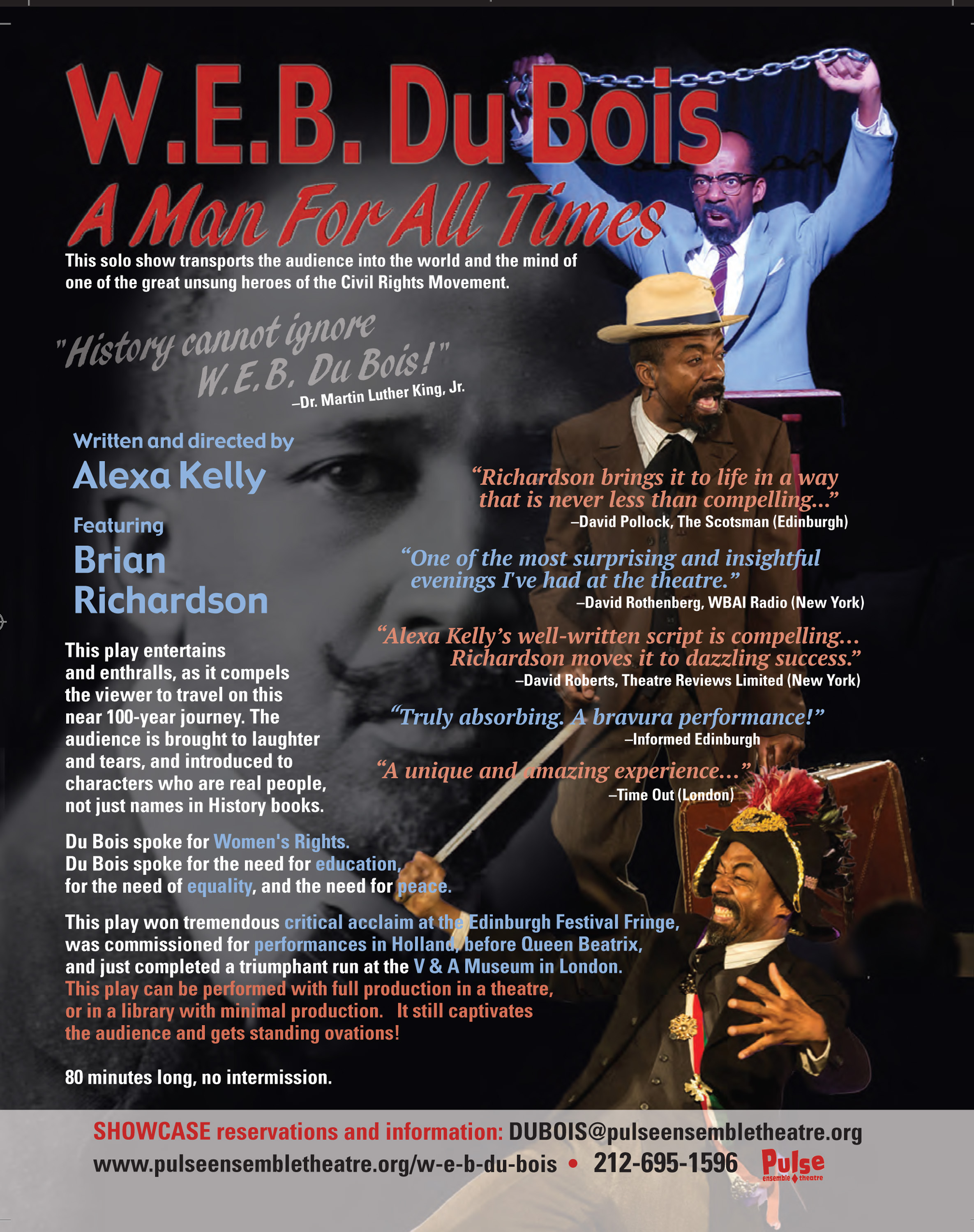 For  a short preview 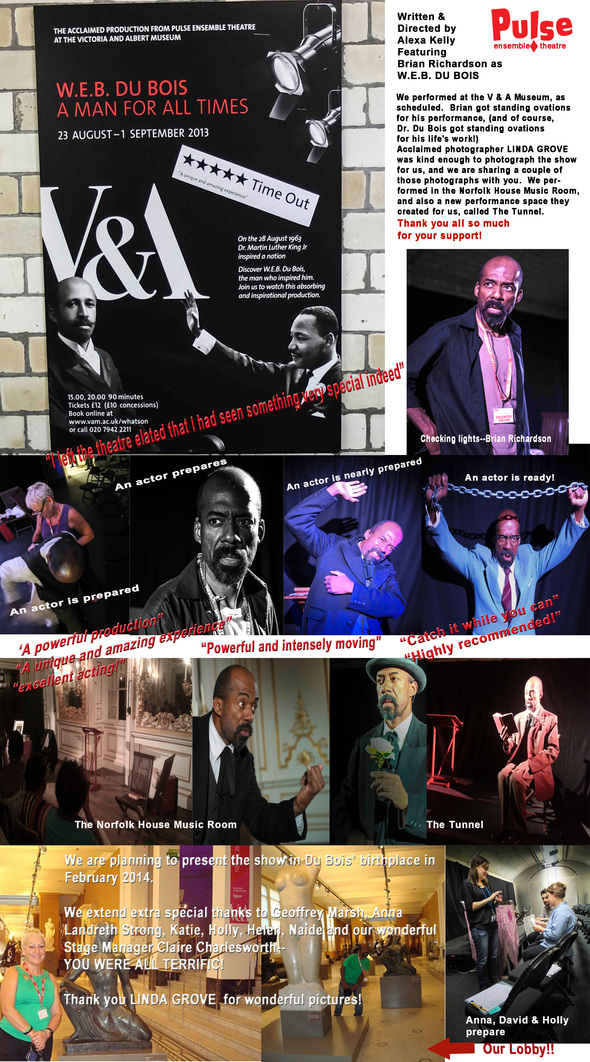 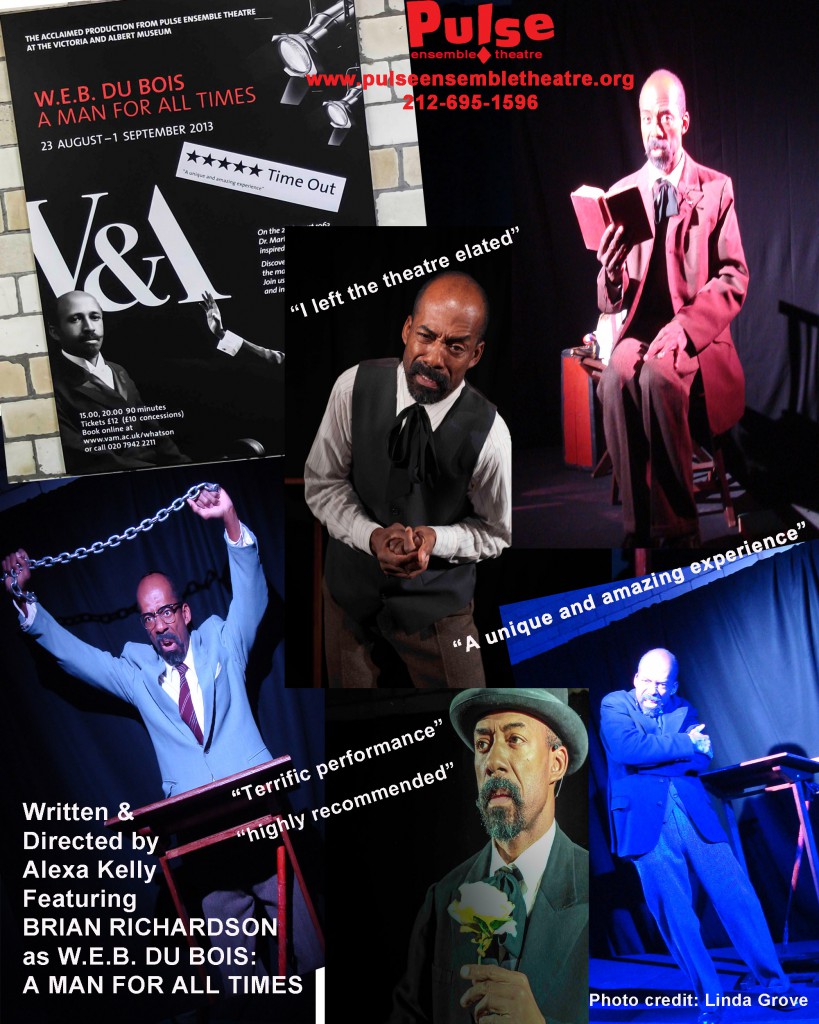 REVIEWS OF W.E.B. DU BOIS: A Man for all Times
More Pictures

We performed in 3 different venues: a 14th Century Castle: Wittenberg Castle; a state of the arts theatre: the Korzo in the Hague; and a 15th Century Church in Kortenhoef.  It was quite  a wonderful experience, sold out houses in all 3 places.  Thanks to Herman van Karnebeek, PJ Noordhoek Hegt, and Caroline Noordhoek Hegt and their respective spouses, what seemed to be months and  months of e-mail planning, came to fruition, and in a whirlwind of activity and motion, the tour was happening, and then over.

Standing ovations for Brian Richardson at every show.  The show was a huge success: “A very wonderful play about an excellent and dedicated man.  He deserves to be remembered.” said Queen Beatrix of the Netherlands. 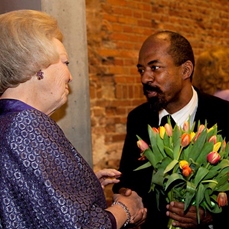 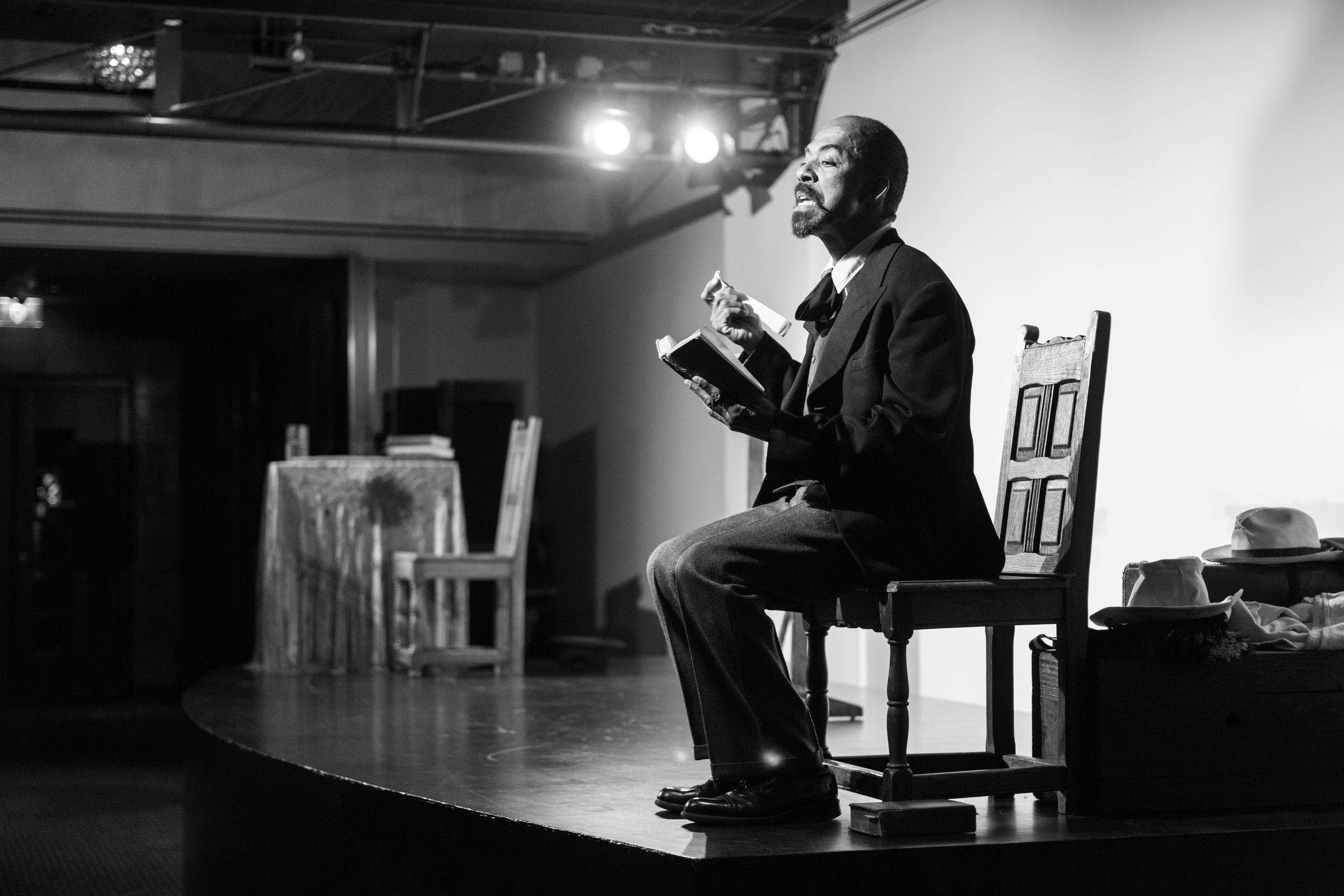 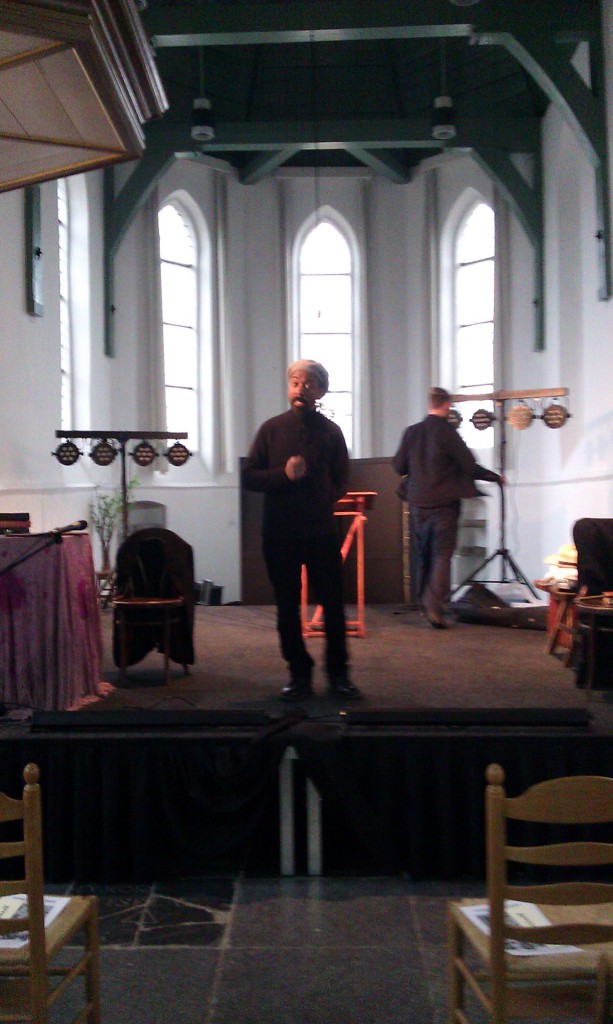 Rehearsal in the Church 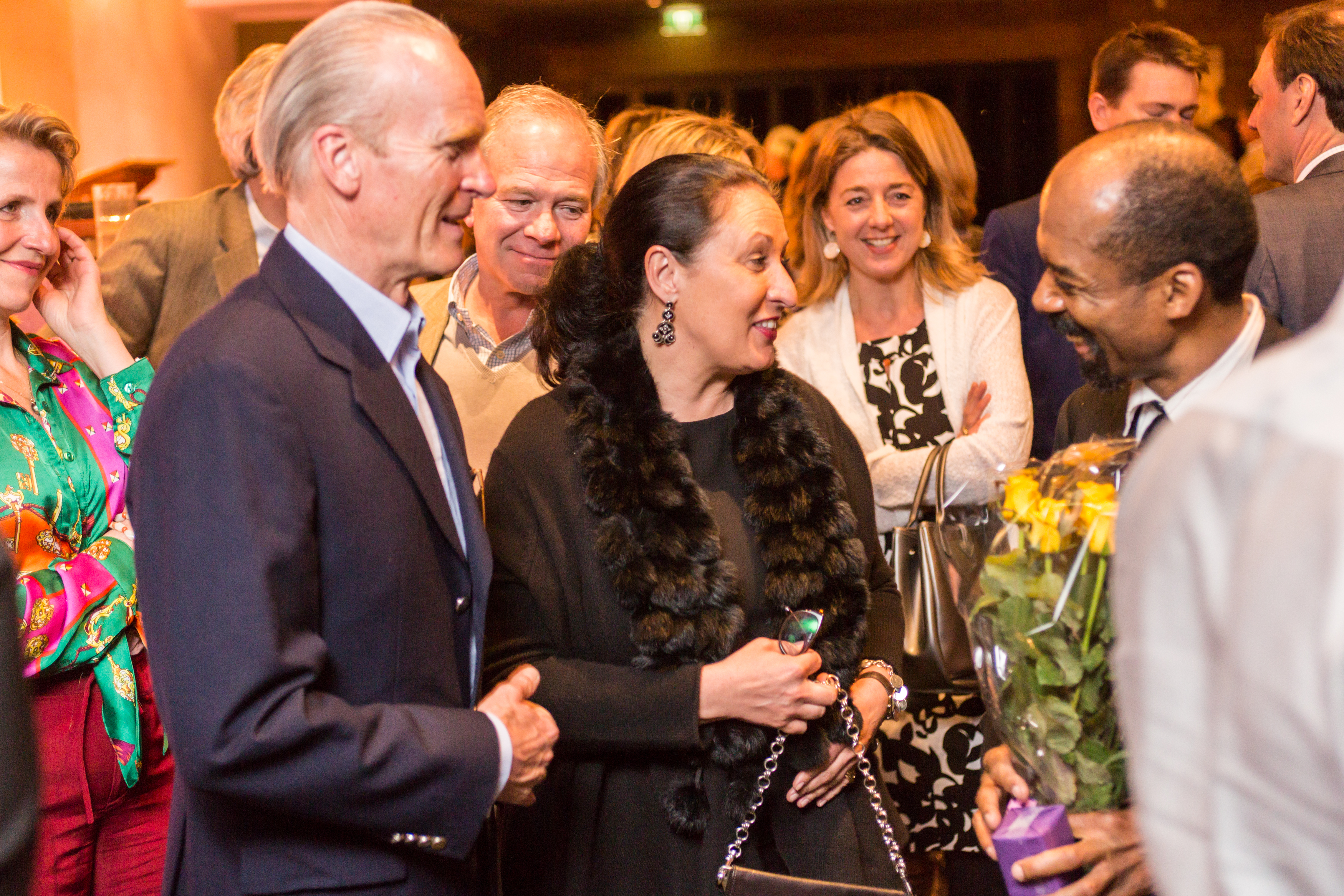 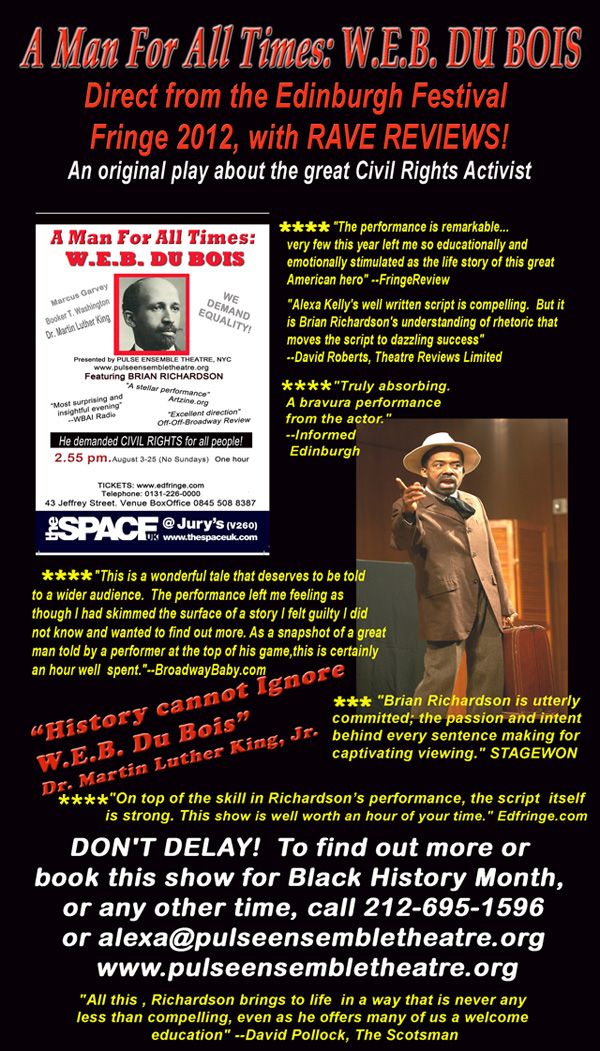 Please support us with this project, please donate on the link above.

The Souls of Black Folk

The following is excerpted from the chapter “Of Our Spiritual Strivings” in Du Bois’ book The Souls of Black Folk.    On Double Consciousness:

“After the Egyptian and Indian, the Greek and Roman, the Teuton and Mongolian, the Negro is a sort of seventh son, born with a veil, and gifted with second-sight in this American world,–a world which yields him no true self-consciousness, but only lets him see himself through the revelation of the other world. It is a peculiar sensation, this double-consciousness, this sense of always looking at one’s self through the eyes of others, of measuring one’s soul by the tape of a world that looks on in amused contempt and pity. One ever feels his twoness,–an American, a Negro; two warring souls, two thoughts, two unreconciled strivings; two warring ideals in one dark body, whose dogged strength alone keeps it from being torn asunder.  The history of the American Negro is the history of this strife,–this longing to attain self-conscious manhood, to merge his double self into a better and truer self.” …

See more on W.E.B. DU BOIS through the links above!